A Little About My Life Before Photography 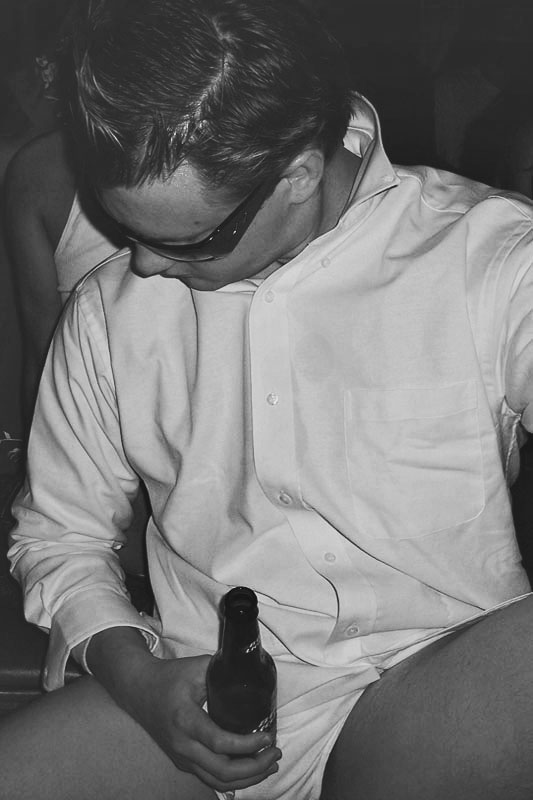 There are many crossroads we encounter in our life that are truly defining moments, and I am not talking about the movie featuring Britney Spears. After High School, I did not know what I wanted from life other than to have some beers on the weekend, and maybe hang out with some chicks. However, I also knew the value of an education, or at least saw it as a gateway to not hanging drywall for the rest of my life (at this stage in my life I was working in the construction field). Even though I had no clue what I wanted for my future, I knew I did not want that, so I enrolled in some college courses.

While in college part-time for a couple years, I ended up taking a psychology class where I met one of the most caring and inspirational people, Professor Richard Kandus. This guy was awesome. He knew I was walking to school and pretty much was broke so he let me use his textbook to study, and even take the tests on different dates if he needed to use his book. It was through him that I was connected with an amazing family from Canada that had a severely autistic daughter, and they were looking for an in-home therapist to teach her an assortment of skills such as writing, socialization, speech and more. Since I was looking for a career change this opportunity seemed like a natural transition.

From this connection, I became completely entrenched in the autistic community, working with children who had been dealt some of the toughest hands possible. These were the kids the school districts gave up on due to severe behavioral problems such as biting, spiting, throwing tantrums and worse. However, they did not engage in these maladaptive behaviors because they were bad kids, but rather non-verbal kids who had difficulty expressing their needs/wants, among other physical and mental disadvantages.

I saw this as an opportunity to make the positive and meaningful impact I always wanted.

Over the course of the next 6 years, I continued conducting Applied Behavioral Analysis (ABA) and Verbal Behavioral therapy to a number of different kids suffering from Autism Spectrum Disorder. Every child our team worked with made exceptional progress. All of the children gained some form of speech or echoics, and some were lucky enough to lose their diagnosis entirely!

Looking to shake things up and try something different, my special lady friend and I packed up and moved to Chicago. While in the windy city, grabbing the corporate bull by the horns, I got an exotic job in sales/marketing. Every day was the same. I called people, and 95% would hang up on me or tell me to go f*** myself. I was never a pushy sales guy so I was confused how people could be such jerks. Also, shoveling snow seemingly every morning in the winter to get to work was something that was about as fun as eating bran flakes on a Saturday night. I knew this was not the life for me…

After about two years in the wild mid-west I moved back to California and started a GPS tracking system company called Tracking System Direct. This was nice because it allowed me the freedom to work from home, walk my dog mid-day, be hung-over on Wednesdays and play music with my friends outside of the weekends. However, it did not take long before I felt that same discontentment I felt in Chicago. My time was being allocated to serve no other purpose than to make money. How much money in sales this week? How much in money sales this month? How do I get more sales? How do I make more cash money? Get me some paper! I was having the type of success and freedom that most people would wish for, but I felt like an uninspired lemming. I felt like a guy who wears sweat pants all day, only to watch television for 7 straight hours. This feeling seriously made me want to take the belt from my pants, wrap it around my neck and tie the other end to a ceiling fan. The only thing that stopped me was the fact that someone would find my lifeless body spinning from a ceiling fan, and probably crack a small wiener joke. I was not about to let that happen.

What came next was an invitation to learn about wedding photography from a friend who was a Temecula wedding photographer. The very first day shooting I knew I was doing something that was special. Even though at that time I was terrible at operating my camera and had few post-processing skills, I loved how everybody at a wedding was having a good time. People were happy. I was happy. The people in my photos were not jerks that wanted to hang up on me or tell me to eat s***. At this point I decided to dedicate my time improving my wedding photography skills to the best of my ability.

What I did was take photography classes, worked as a second shooter for local wedding photographers, assisted famous photographers who worked in Los Angeles, purchased better camera gear, better computer equipment for post-processing, and shot photos like Rambo would shoot bullets at Vietnamese troops trying to kill him. I became enchanted with wedding photography, and the art of telling a story with a camera. Most importantly, I felt I had a meaningful purpose, and could give people beautiful photographs that would outlive me.

My passion for wedding photography has only strengthened over the past couple years. I continue to research wedding blogs, new techniques, different/trendy actions, and anything else that will help me improve as a wedding photographer. Now, I wake up every day and feel happy with the direction I am moving, except of course on Wednesday mornings from the indulgence of too many margaritas on Taco Tuesday.

Cheers to you for reading this, and learning a little bit more about me!