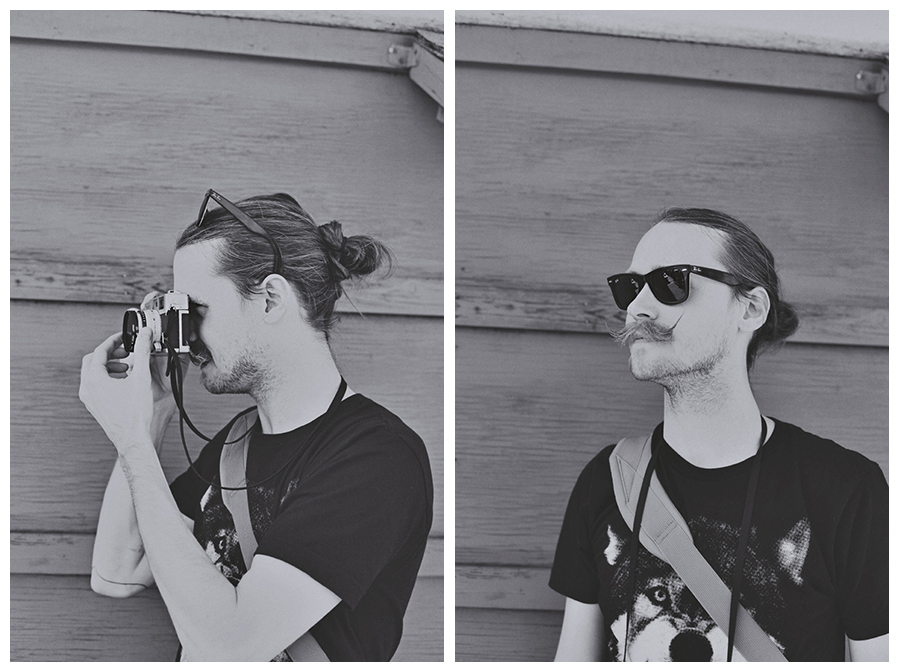 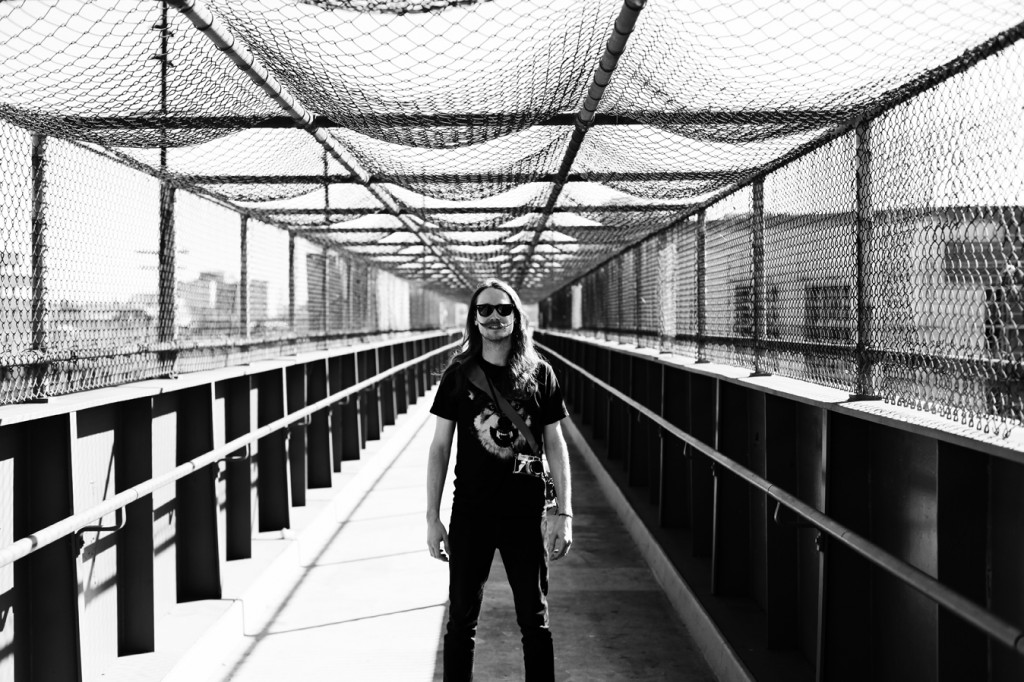 The man you see in the above photo is the king of Los Angeles. He has slept with celebrities, created motion pictures that have won Academy Awards and only wears t-shirts with wolves on them because he says that wolves are direct descendants of the Viking God of War Thor. His name is Aaron Paustian, a good friend of mine who was kind enough to be my guide during the Chinese New Year parade that happened on Saturday, January 28th in the Chinatown district of Los Angeles. Since this Temecula wedding photographer spends most of his time shooting engagement sessions and weddings, this photo trip was a nice change of pace. Before I arrived in Los Angeles, I did not want to take photos of the parade, but rather some of the people who were watching the parade that I found interesting. Some of the subjects in these photographs were awesome people who were happy about getting photographed, some wanted to spray my eyes with pepper spray and others looked as though they were in the midst of solid drug benders, completely oblivious of where they were or that a goofy white guy was taking photos of them. Even though my boxer briefs kept riding up on me all day, the city, people, and parade were fan-asian-tastic! 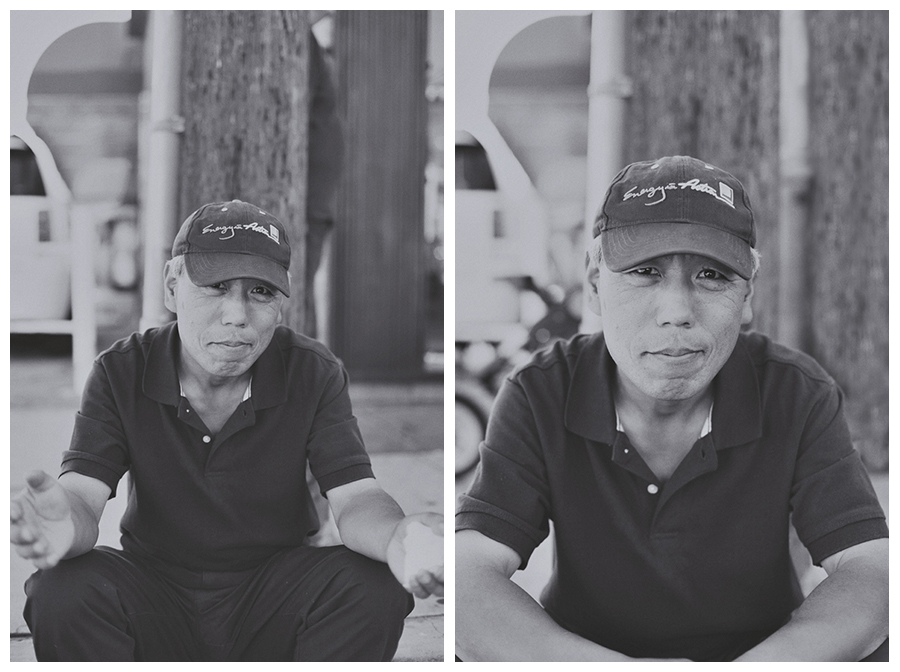 The above photo was of a guy sitting on the corner on one of the side streets of the parade. I walked up to him and said, “I work for a modeling agency that specifically works with older male Asian men, and I was wondering if I could get some head shots to show my boss in France.” Instantly, his eyes lit up like a kid on Christmas morning. Such an awesome guy. He also said the charges were eventually dropped by police..whatever that means? 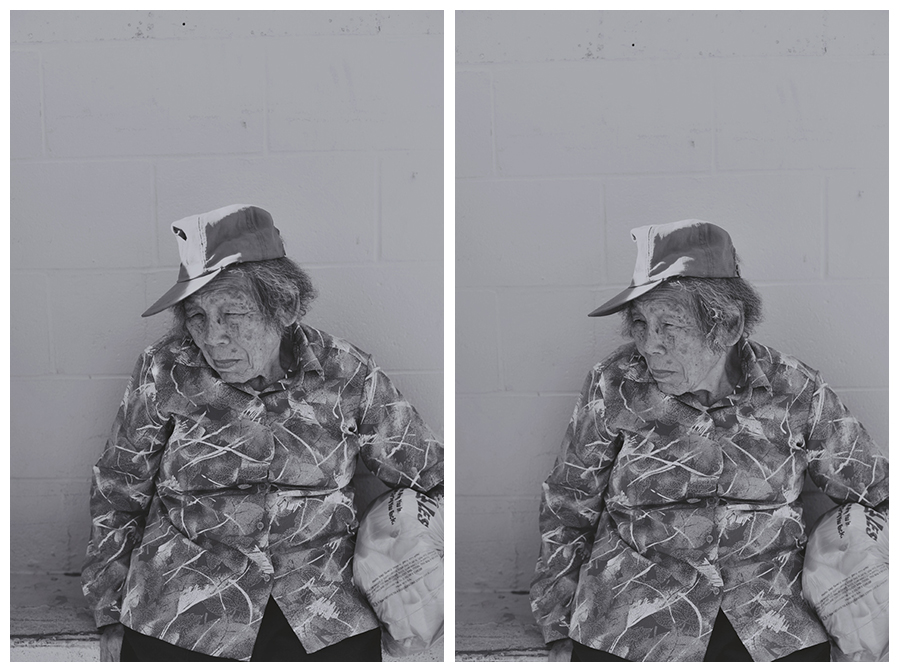 The above picture is of my mother Delores…just kidding. What many people may forget in time is that the Chinese New Year parade was on a day in Los Angeles that seriously had to be like 85 degrees out. I was sweating, Aaron was sweating and this kind old lady was kicking it in the shade so she would not be sweating. She seemed so tired and exhausted that I felt bad for her. I asked her if I could get a portrait of her, and she did not even look at me. I figured that it was a cultural thing meaning “yes, take my photograph”.

This lady was pretty awesome. She had a red hat and a bright scarf that made her pop out from the crowd. I asked her if I could get a photo of her and she instantly said yes. She took off her scarf and hat to show off the goods and posed for me for like a good solid minute. She was such a good sport. If I were a single man…. 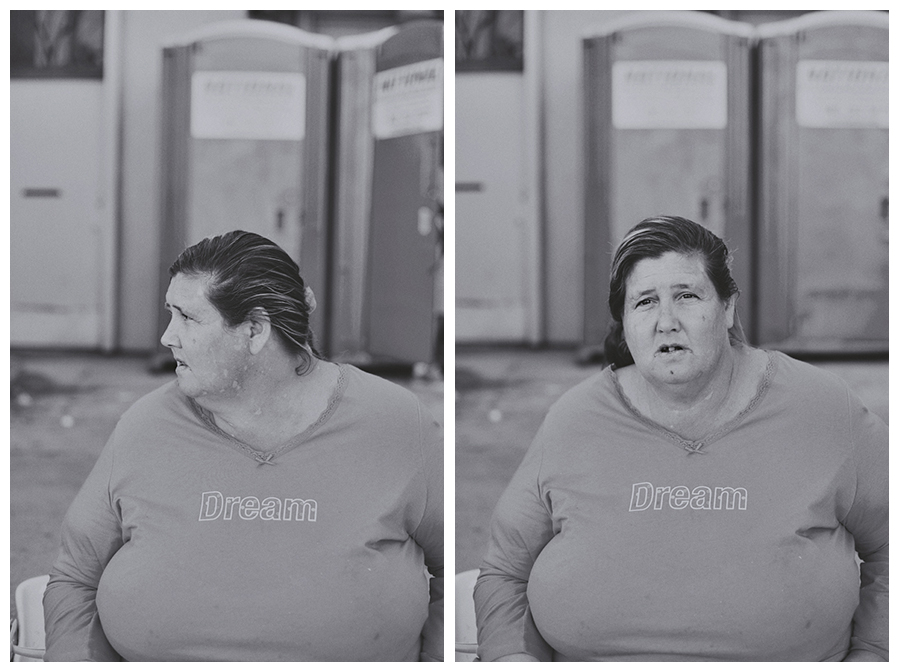 This sex kitten was not as kind as the first subjects taking part in my photo experiment. Aaron told me it was stupid to ask people if I could photograph them because it gave the person the opportunity to say no. I disagreed, feeling that it was kind of rude just to snap photos of someone when they were not expecting it. Baby doll did not want her photo taken, and looked as though she was going to attack me when I aimed my camera at her. After quickly getting a couple shots of her, I ran into the port-a-potties in the background and hid until the coast was clear. Unfortunately, Aaron was in the bathroom before I went in, and let’s just say the vegan diet is …well….you probably know. 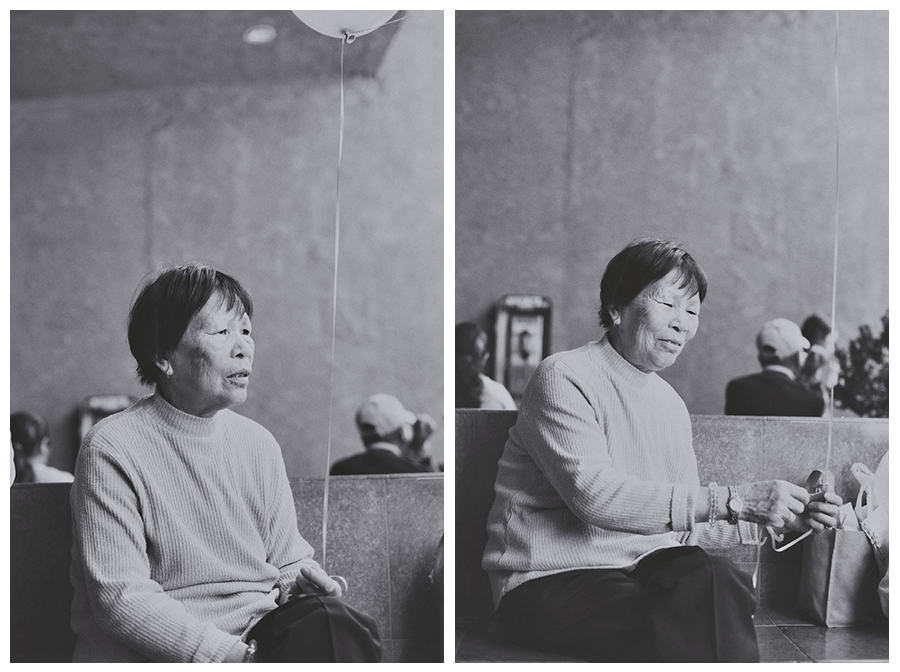 Looking at these photographs, you are probably thinking this is a sweet old lady. Don’t let the balloon and devilish grin fool you. Although I can say my time with her was brief, she was not interested in having her photograph taken. I tried to tell her I was working on a project for school. No. I told her I was doing a documentary for National Geographic. No. I told her that she looked just like a celebrity on Dancing with the Stars. No. After giving it my best persuasive shot, I took the creeper route, shooting the photos of her at a safe distance away. 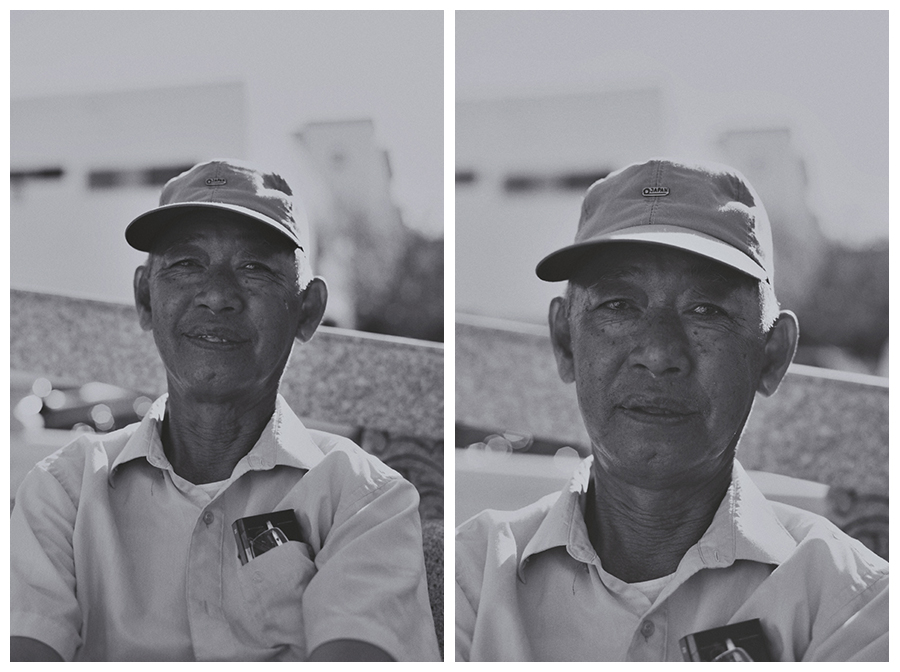 On the fringes of the parade in Chinatown there was this massive and beautiful temple (photos can be seen further below). This man was hanging out in the front portion of the temple enjoying his day. When I asked him if I could get a photo, he instantly became bubbly and happy. It was like nobody talked to him in years. Although I could not understand a single word he said, his tone of voice and giggly exterior made it obvious he was having a good time. I believe he said “thank you” in Chinese when I was done getting some photos of him, but Aaron said it could have easily been “f*** you”. Excellent point. 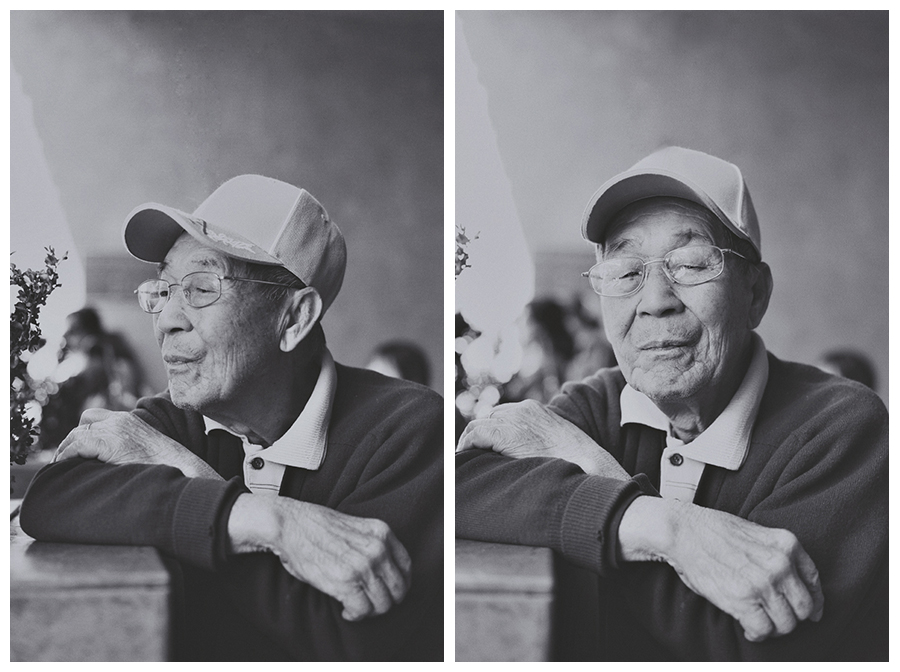 In the photo framed on the right, it looks as though this soft-spoken old man was looking at my camera. I don’t believe it. He only muttered some non-sense, or Chinese, or something, when I tried to talk to him and did not even appear to notice my presence. That is okay with me because I still got some good shots of him. He did appear to be enjoying the parade as it passed by on my left, his right side.

The above photos are of some people I found interesting, but for some reason, the judges felt they were not deserving of their own section. The man on the left was agitated I took his photos, and if he were a younger man, he could possibly have attacked me. The man in the middle was a storekeeper who was more than willing to let me take his photos, and even though he was working that day, he still made time to pop out and catch some of the parade fun. Why wouldn’t he want his photo taken? He is a good looking man! The elderly gentleman on the right was also very generous in allowing me to take his photo. The light was right in his eye, but he still stood strong on his ground, refusing to move completely in the shade in fear of losing his prime spot for the parade.

The above photos are of a man who was telling me the hassles of registering as a sex offender every time he moved to a new area. Actually, those are photos of Aaron. He was shooting film that day, getting 36 shots for $3.99, making me question how he could afford photography as a hobby if he was not shooting digital. Well the answer is simple: Aaron quit drinking and has been sober for over two years! There are very few people with the balls to rock long hair, a mustache that would make Wyatt Earp envious and a wolf t-shirt. When I asked him about his mustache, he reached into his wallet and pulled out a fortune from a fortune cookie. All the fortune said was “mustache”. He said it was a life-changing moment. That is no joke either, had to be one of the funniest things I have ever seen or heard. Thanks for showing me Los Angeles Aaron!

Above are some closing details and photos of the parade. Personally, I hate parades. Always have and probably always will. I had a good time taking photos at the Chinese New Year parade, but I doubt I will be returning again in the future. However, I do intend on going back to Los Angeles very soon and shooting some more. The city is so beautiful with its culture and diversity, and anyone with a camera needs to go there. The project of shooting portraits of a handful of random people was a rad experience, but I really can’t wait until the wedding season comes back around so I can begin capturing brides, grooms and drunk wedding parties rocking to Journey.