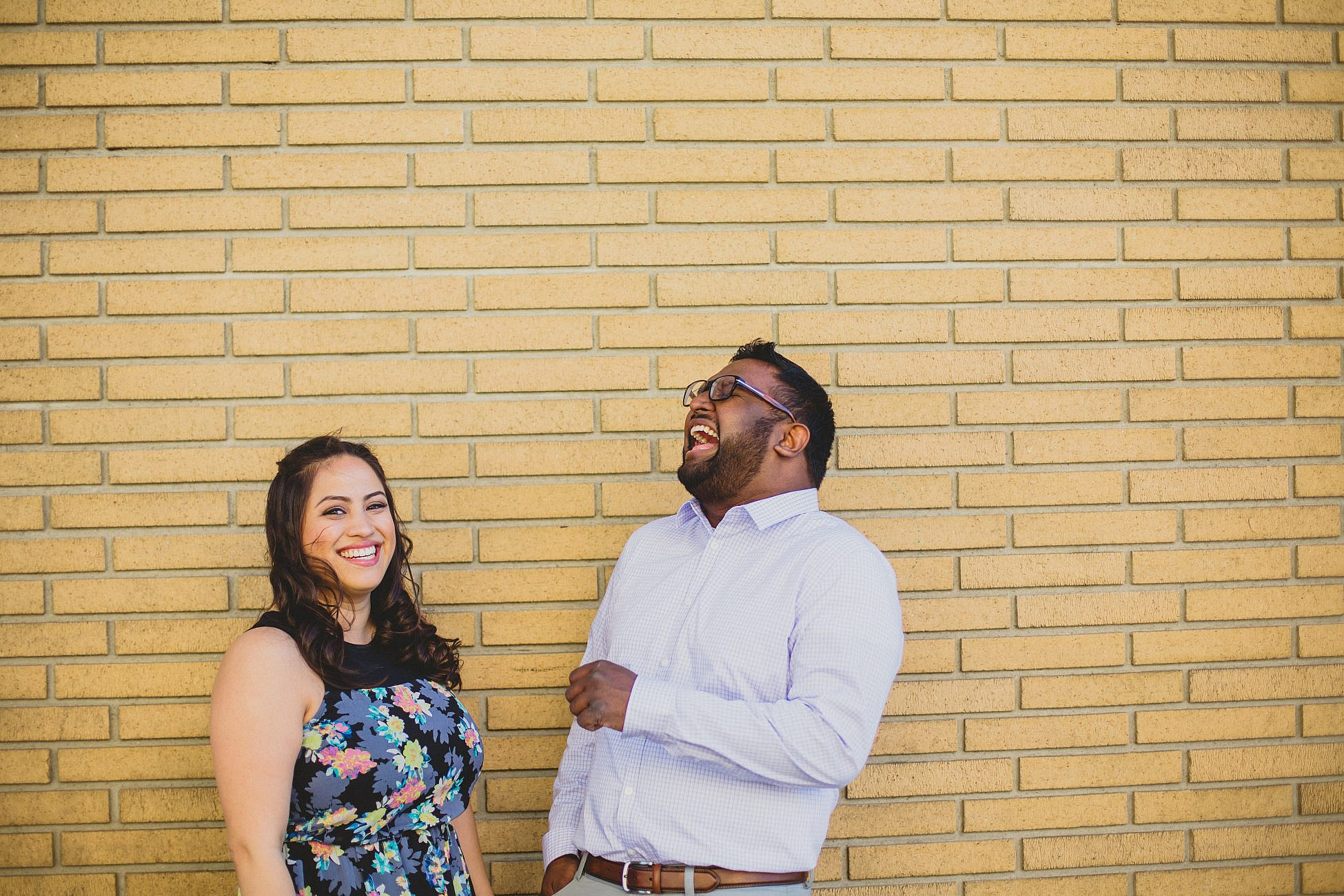 Nilanga and Janice are two people engaged and all set to be married in the fall of this year. They enjoy paddle boarding, collecting comic books and of course having their photos taken in the city of Orange. I assume this is why they chose downtown Orange as the location for their engagement session I photographed a couple weeks ago. The city had some pretty cool shops like a little vintage clothing store I was totally into that was located right near that giant fountain in the downtown section. But like all decent-sized cities, Orange had quite a few homeless dudes roaming around. One, in particular, I talked with and ended up being a pretty cool guy so I asked him if I could take his picture. He had a dog with one eye and another little mixed breed pup that was being abused so he took the dog from the owner. He seemed pretty genuine and I thought it was awesome how he was caring for two animals who would otherwise be in pretty crappy situations. Unfortunately, Uncle Dave was another homeless dude who made an appearance in part of the engagement session. He was super drunk, very in his own world and pretty much totally creepy. He did wish Nilanga and Janice a “happy wedding marriage” though so that was nice of him. I can go on and on about the day but I am sure you need to get off the toilet soon and put your phone down so here are the photographs from the engagement session!

All of the above photos are copyright of wedding photography company Rock This Moment. That means you should really not steal these photographs without first sending them a kind email asking to use the photos for whatever project or thing you got going on. It is a nice thing to do and good things happen to nice people. Good things like finding money in the street, finding love online or having a wedding photographer agree to let you use their photos because you are awesome.

Oh, and check out the new orange county wedding film packages we are offering!