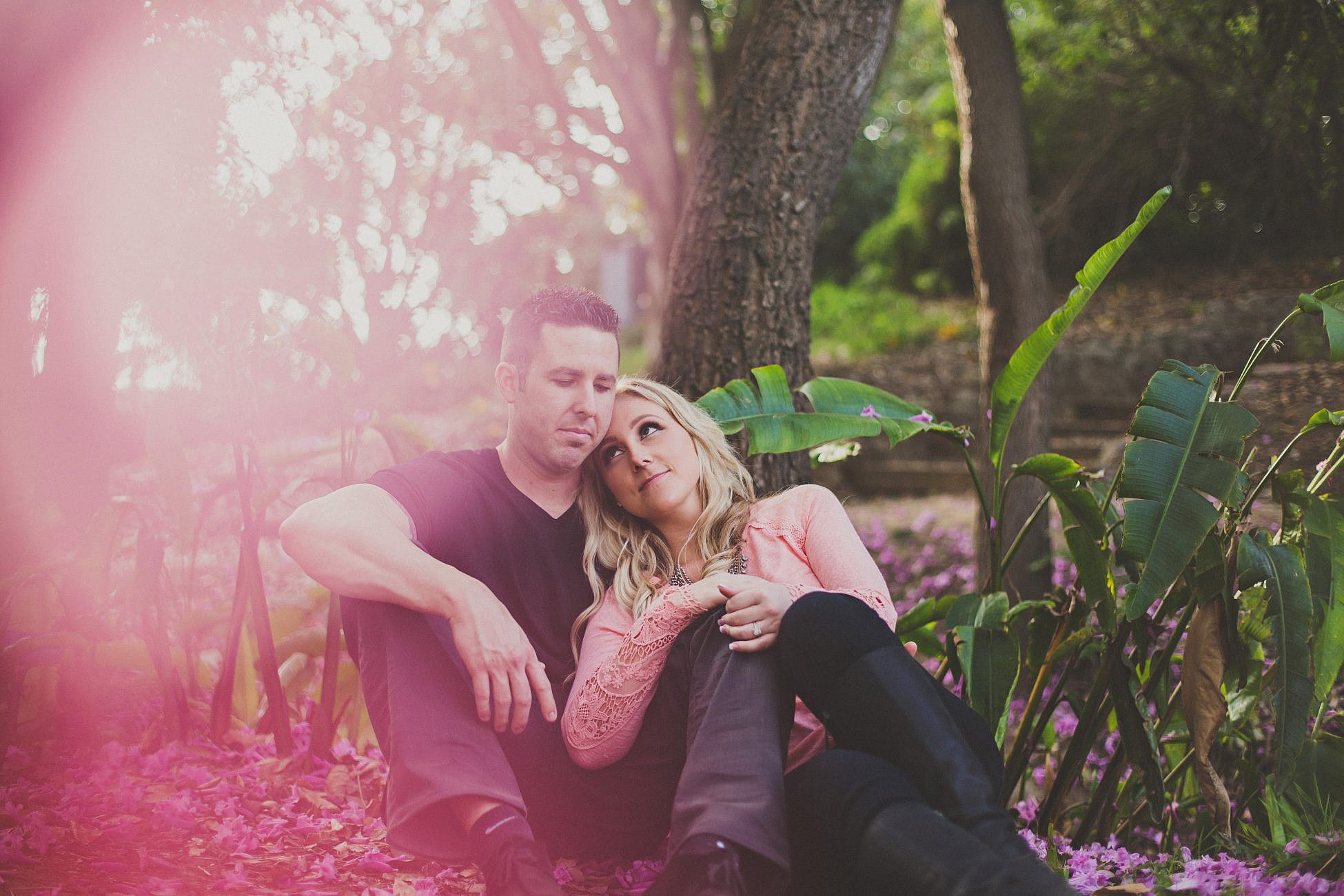 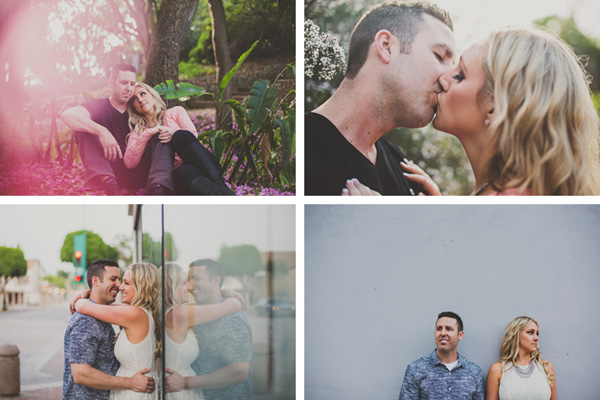 Jeremy and Cat are awesome. When first discussing what location they wanted to choose for their engagement session I loved how they wanted to mix it up: a little outdoors with some greenery and a little city with some beers. We started the engagement at the Fullerton Arboretum which was really a rad location. It was small but packed with diversity and color, making it a rad spot for a photographer to be creative. Jeremy also kept things entertaining by singing the entire Bon Jovi “Slippery When Wet” album. Like most people, I was familiar with the band’s top hits such as “Living On A Prayer”, but Jeremy introduced me to some B side material with songs like “Wild In The Streets”. In fact, Jeremy plays bass and sings backup for a Bon Jovi cover band out of Cypress called Jon’s Bon Bon’s. They are actually a really terrible band but it gets him out of the house and he seems to enjoy it so who am I to judge?

After the Arboretum we hit up downtown Fullerton which ended up being a pleasant surprise. The trees were in bloom, the bars were serving cold beers and Jeremy finally stopped singing Bon Jovi. I could keep going on about the day but I will let the photos tell the story from here on out. Thanks Jeremy and Cat for hanging out and making the engagement session rad. Cheers!

All photos on this wedding blog are copyright protected by Palm Springs Wedding Photographer and all around kick ass wedding company Rock This Moment. I am totally cool with people using my photographs but all I ask is that you ask me first if it is cool. If you just take my images I will put dog poo in a bag, take it to your front door, then light the bag on fire, and lastly ring your doorbell. When you come to the front door and see the burning bag you will step on it to prevent a larger fire from occurring. This is when you will step on poo. With poo on your shoes you will be forced to wipe them off in the grass, put them under a hose and eventually feel defeated. You will then be left with sensations of anger and sadness, especially if you were wearing new shoes. I don’t want you to feel this way, but this is how I feel when you take my photos without consent. It sucks. I write about in my journal. I draw sad faces and tears fall from my eyes onto the journal paper. Let’s just all be adults and do the right thing. Don’t steal my photos and I won’t leave bags of poo at your door.