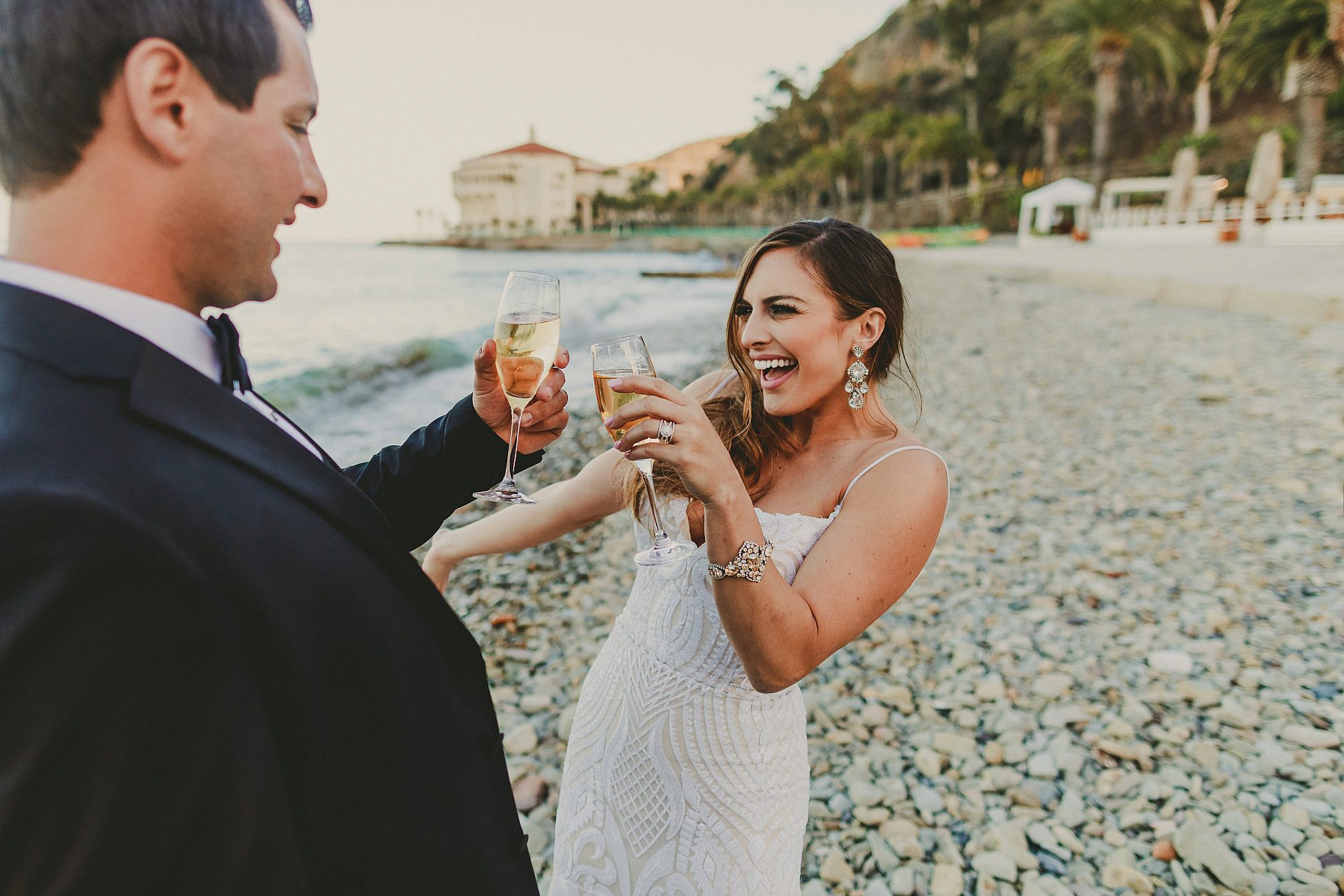 The fucking Catalina Wine Mixer is normally the event of the year in the city of Avalon, but in 2018 it was all about Missy and Evan’s destination wedding on Catalina Island. Yes these two love falcons met at work, started dating, got engaged and decided to get married on the glorious island of Catalina because 1) it was the location of one of the couple’s very first dates 2) they wanted a semi-destination wedding where guests could experience something awesome and 3) you know what I don’t have a third reason but I already typed this out and I don’t plan on back tracking because I am a look-ahead type of person. So yeah this was pretty much guaranteed to be one of those kick ass, epic wedding extravaganzas. Needless to say when they contacted me I was ready to rock in the beautiful Catalina sunshine because quite frankly sometimes my office feels like a prison on planet bullshit in the galaxy of this sucks camel’s dicks. What I am trying to say is some good cool ocean air is something I do enjoy! But let’s not talk about me and instead focus on Missy and Evan’s Catalina Island on Hamilton Cove.

Missy and Evan got ready in condos in Hamilton Cove before heading off to Saint Catherine of Alexandria Catholic Church for the wedding ceremony. You know what? I don’t need to give you the play-by-play of how the entire wedding day went. It was fucking Catalina Island and the wedding was amazing. Below are some of the destination wedding photographs at Hamilton Cove and other locations throughout Catalina Island. 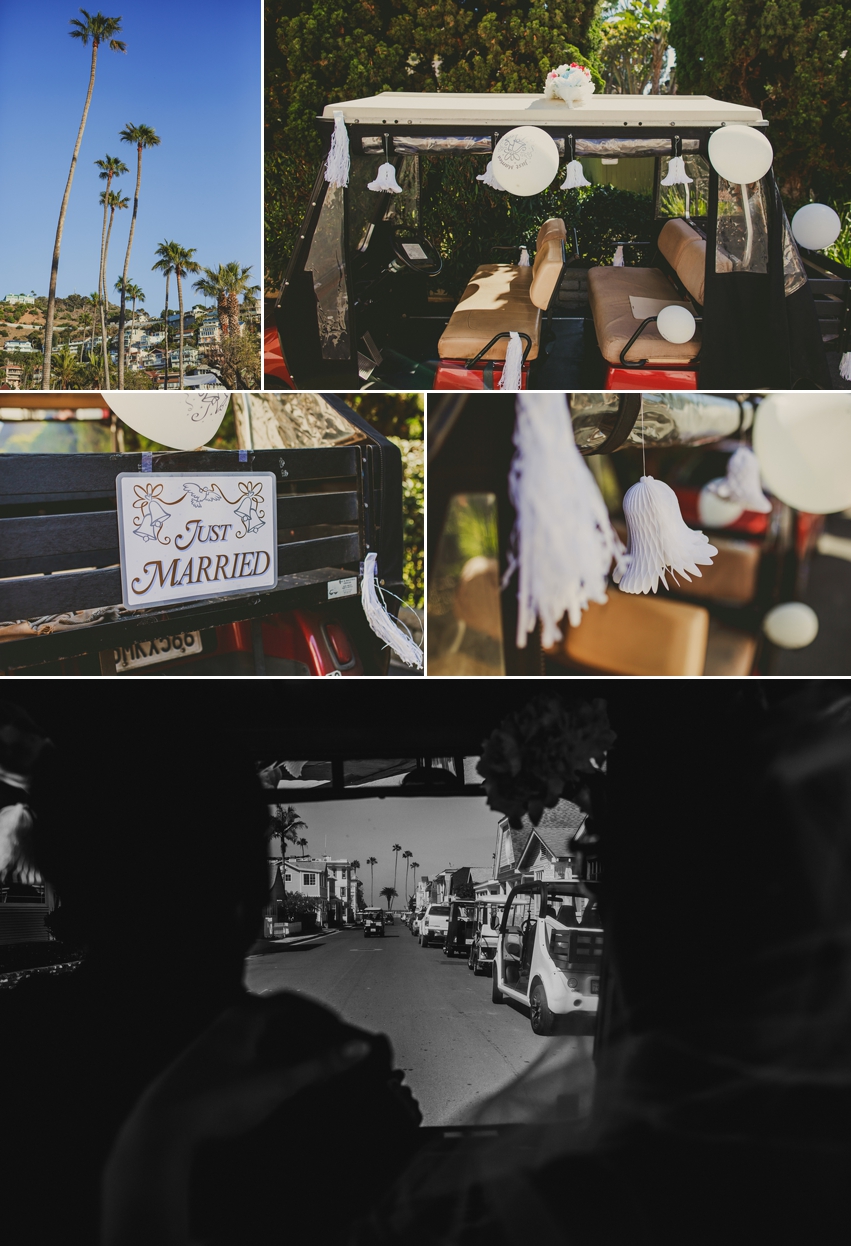 Easily one of the coolest things about Catalina Island is that pretty much all transportation is done via golf cart. This actually ended up being beyond rad for me because as we got on the golf cart to look for “cool places” to shoot, the images I was able to capture on the journey throughout Avalon ended up being my favorite. Cruising around Catalina Island with a bride and groom made for killer photos because people were screaming congratulations, high-fiving the newlyweds, and some people even gave us a round of Coors Lights. We promptly drank those and continued on our quest for the “cool place” to take wedding photos.

After cruising on the golf cart throughout Avalon it was time to head back to Hamilton Cove for the wedding reception. I was hoping there was going to be a cover band there that only played 1980’s Billy Joel, but the open bar and good vibes were all that we needed. The bride and groom mingled for a little bit during cocktail hour before we captured some family and wedding party photos. After the welcome speech and some formalities I was able to sneak the bride and groom out on Descanso Beach for a couple more photos of them drinking champagne and basically enjoying the good life. 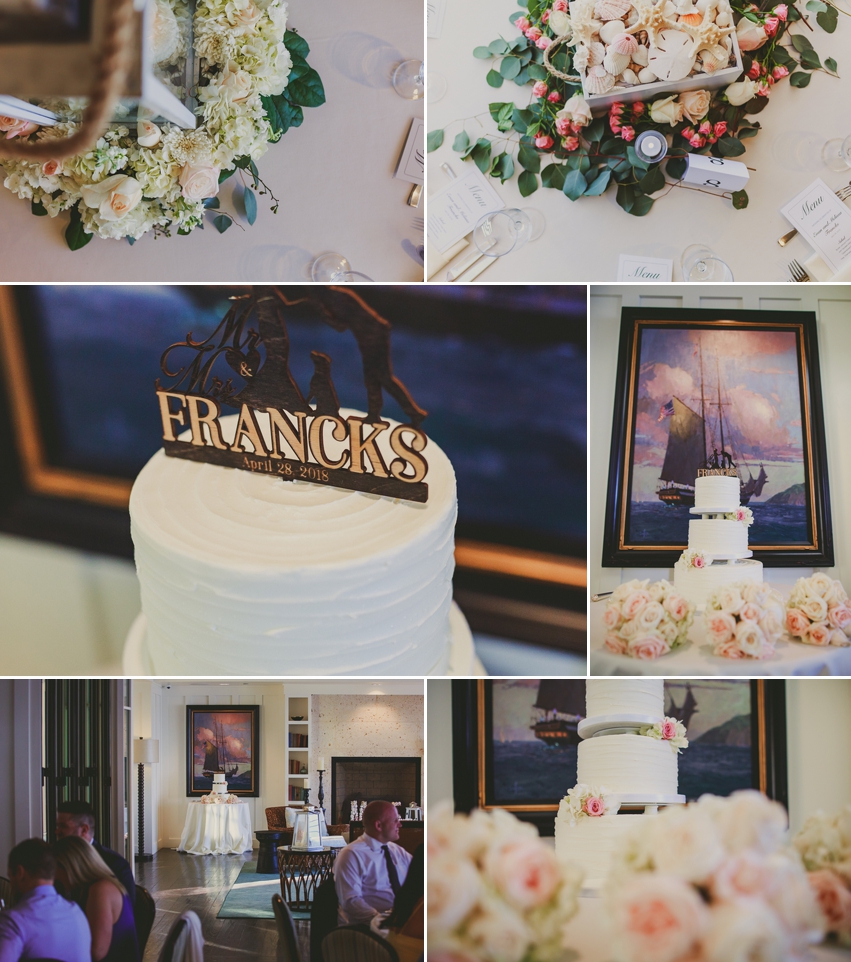 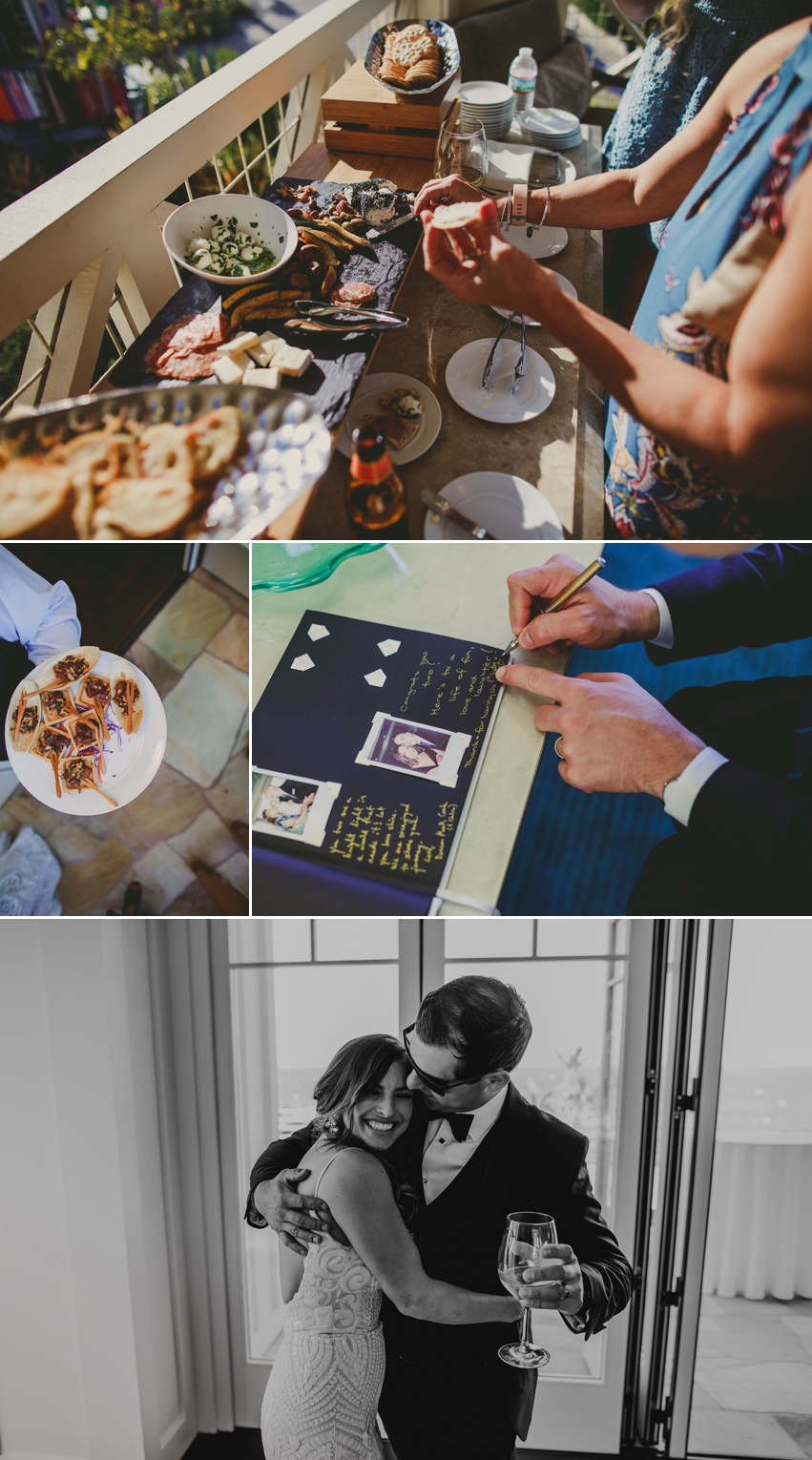 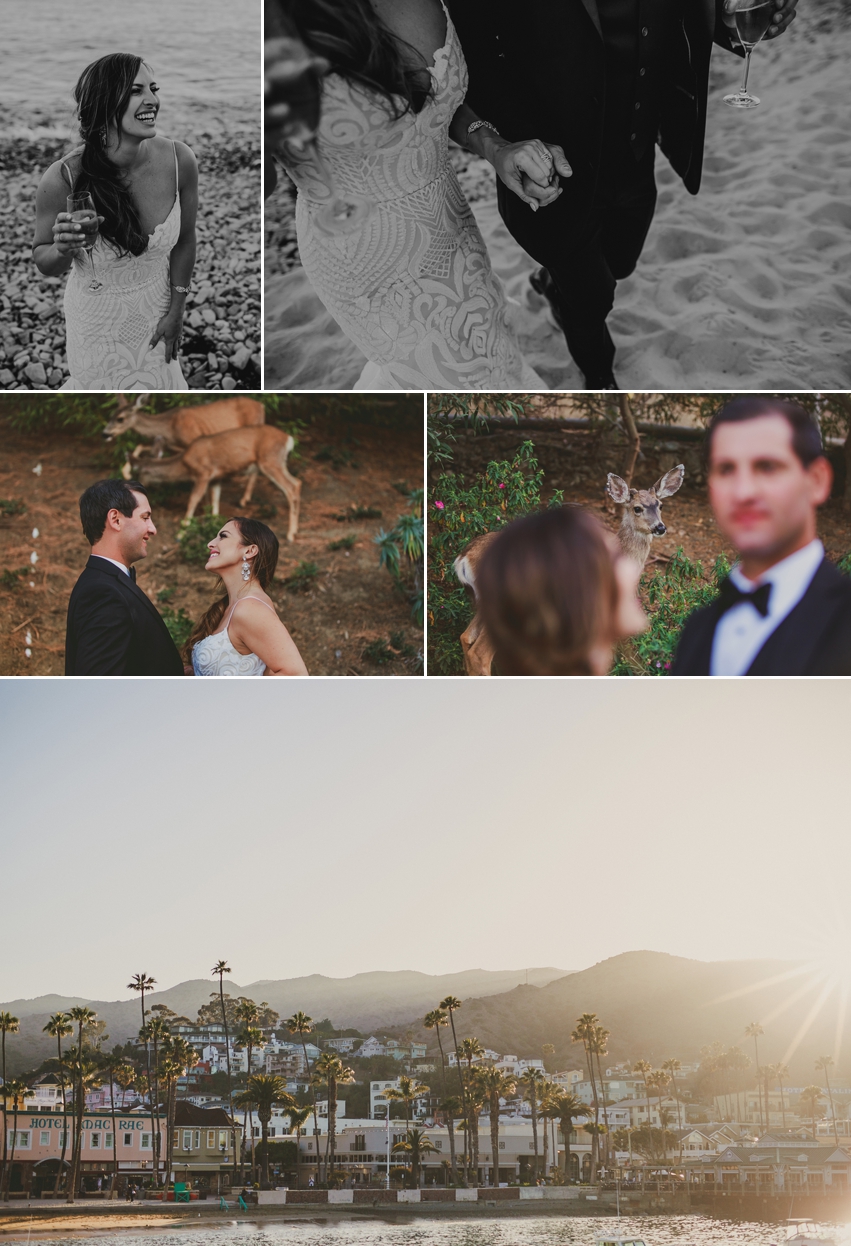 So, so, so many great moments from Missy and Evan’s Catalina Island wedding, but I will just say what I thought was the most incredible were the families. Cheesy answer I know, but it is the truth. Both families were so loving and caring toward not only each other but to the extended family members. You could tell it was not fake either. These people all genuinely loved being around each other. As a person who goes to a LOT of weddings, seeing those types of family dynamics really still puts a huge smile on my face! Oh and the bride did the worm on the dance floor!

This was seriously one of my favorite weddings and I think it is because this couple, their families and the entire crew of people they had attend their Catalina Island wedding were awesome. So CHEERS to Missy and Evan and the entire Burley and Francks clans because you all are some crazy awesome people!

Those interested in viewing more photos of adventurous and fun brides and grooms should check out Francesca and Harrison’s elopement photos in Joshua Tree, or Andrew and Janet who traveled all the way from Texas for a destination wedding in Temecula at Galway Downs!