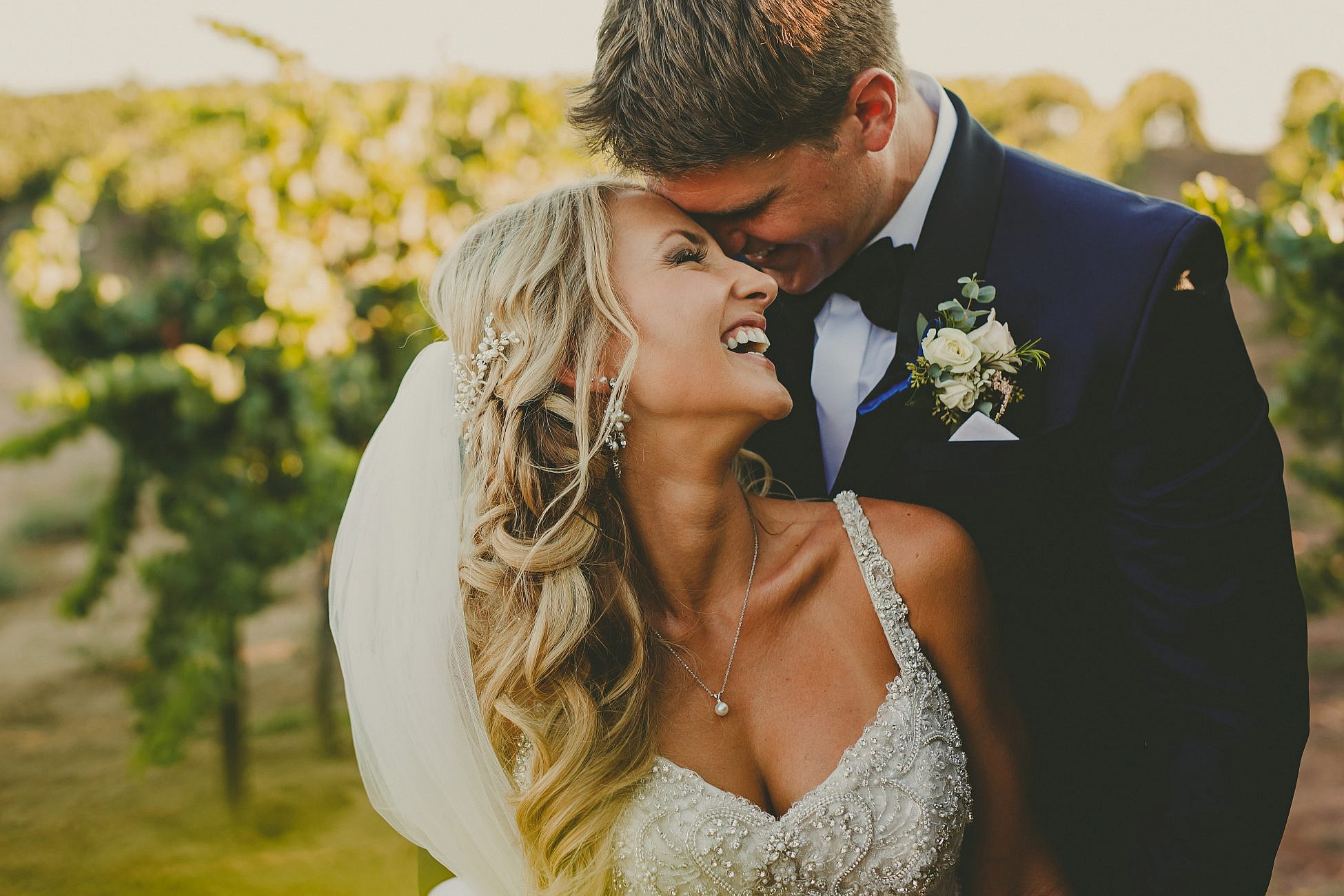 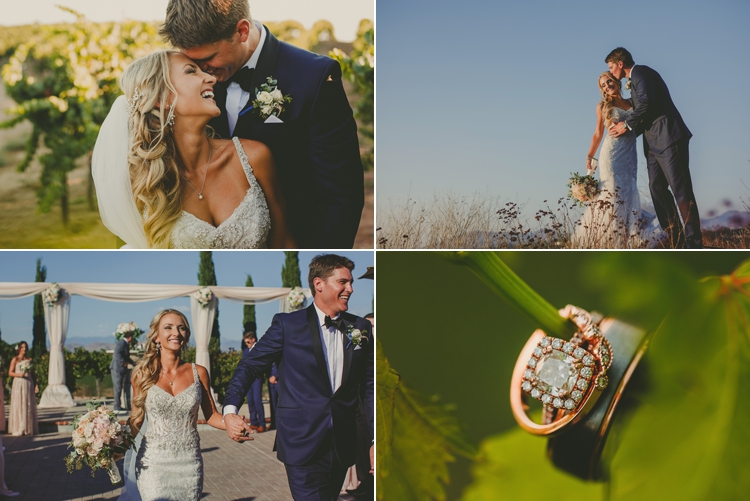 One of the things I enjoy most about the human experience is connecting with people who have positive energy and love to have a kick ass time. So needless to say I was pretty freaking stoked when Amanda emailed me about photographing her August Mount Palomar wedding in Temecula, California. Amanda talked to me about how she and her soon-to-be husband Chad loved drinking wine, hanging out at the beach and traveling. In fact, it was that love for travel and adventure that led Amanda away from Florida to California where she would first met Chad in San Diego. Apparently, Chad was at a local dive bar in San Diego singing Karaoke when Amanda noticed him. She told me that, “There was something really incredible and sexy about seeing a man sing Highway to the Danger Zone from the Top Gun movie, especially when that person wasn’t wearing a shirt”. And that was Chad’s thing because he loved letting loose on Tuesday nights, singing songs off the Top Gun movie soundtrack, and when it got hot yeah he took his shirt off and spun it around his head like a helicopter. Was it silly? Maybe. But that special move caught Amanda’s eye and from that moment the rest, as they say, is history. From the first chance encounter in San Diego these two would eventually go onto have many sushi dates, travel to different continents, swim with sharks, participate in pie eating contests and get married at Mount Palomar Winery in Temecula, California. Below are some photos from the last part! 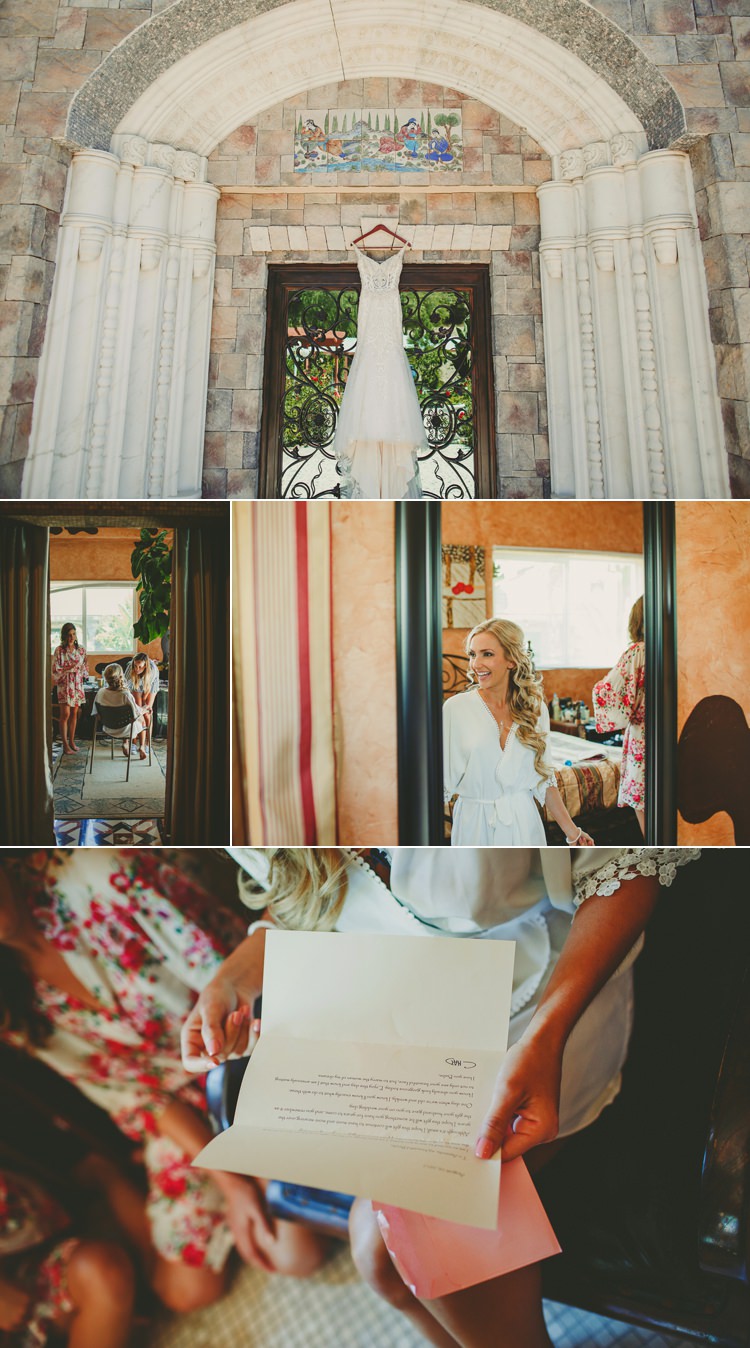 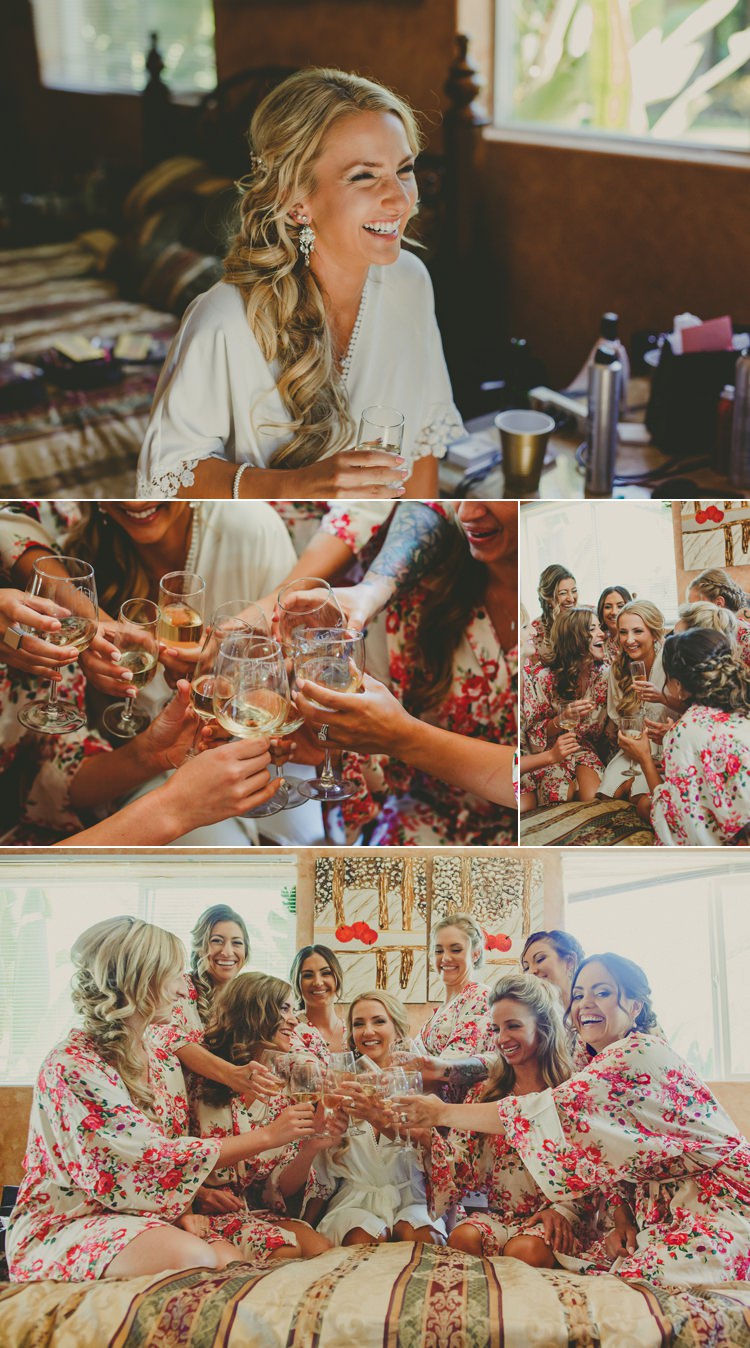 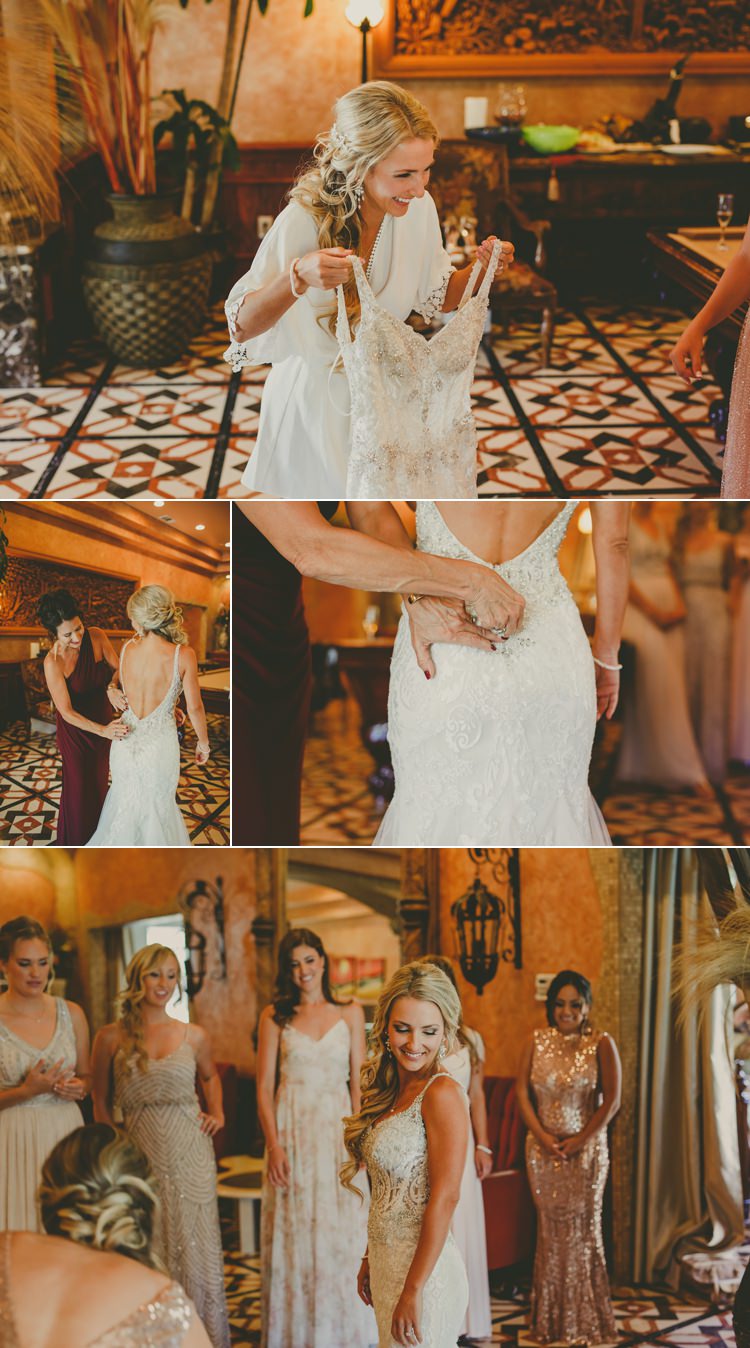 Words From The Bride

One of the reasons we chose Mount Palomar Winery over the other wedding venues in Temecula was because Mount Palomar was one of the few venues that allowed an open bar! YAY! We also had a lot of guests coming form out-of-state who we thought would love the winery/vintage travel theme. Oh and you can’t beat the view at Mount Palomar! 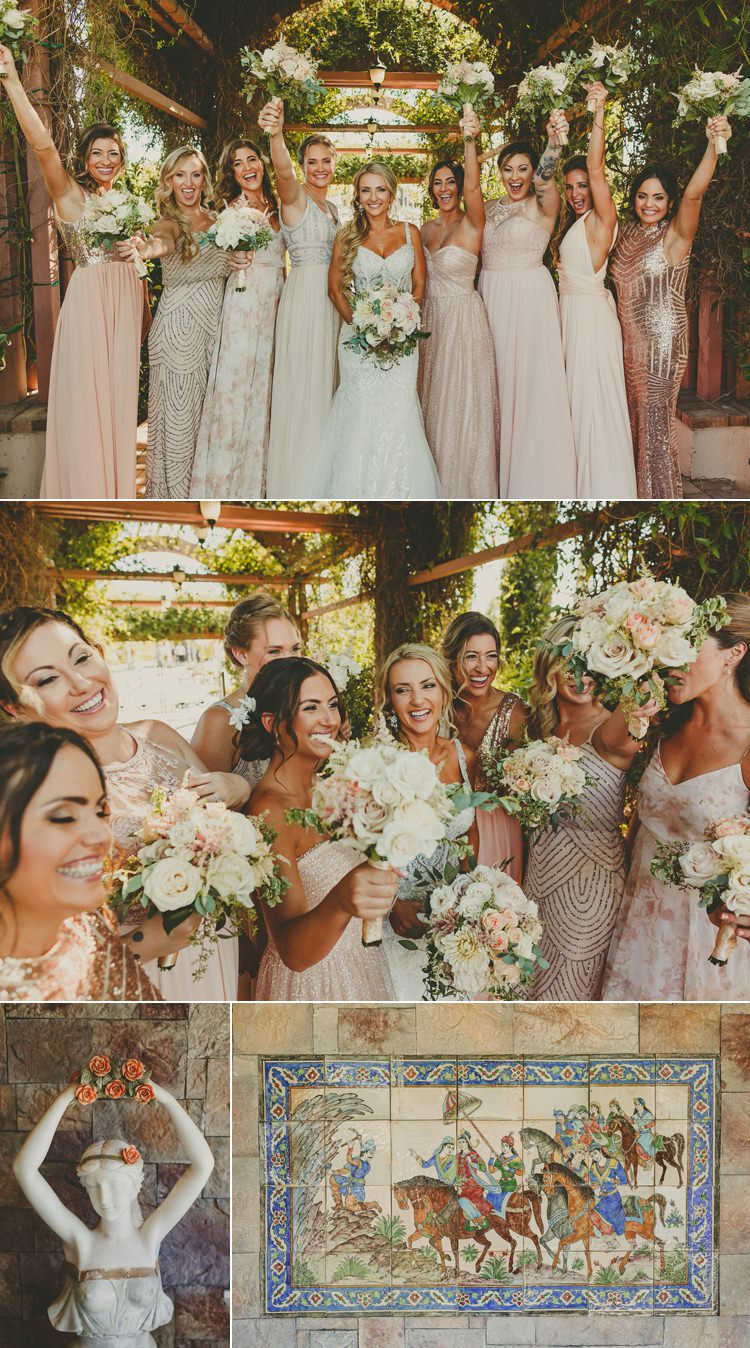 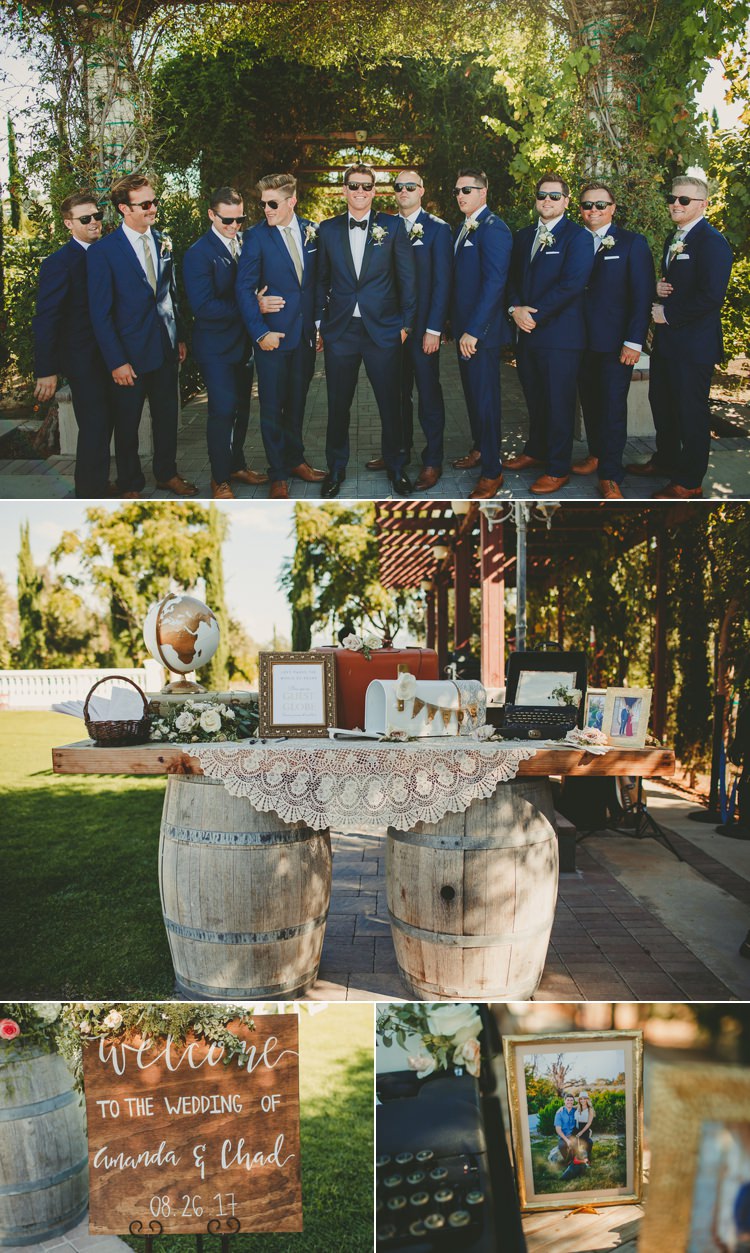 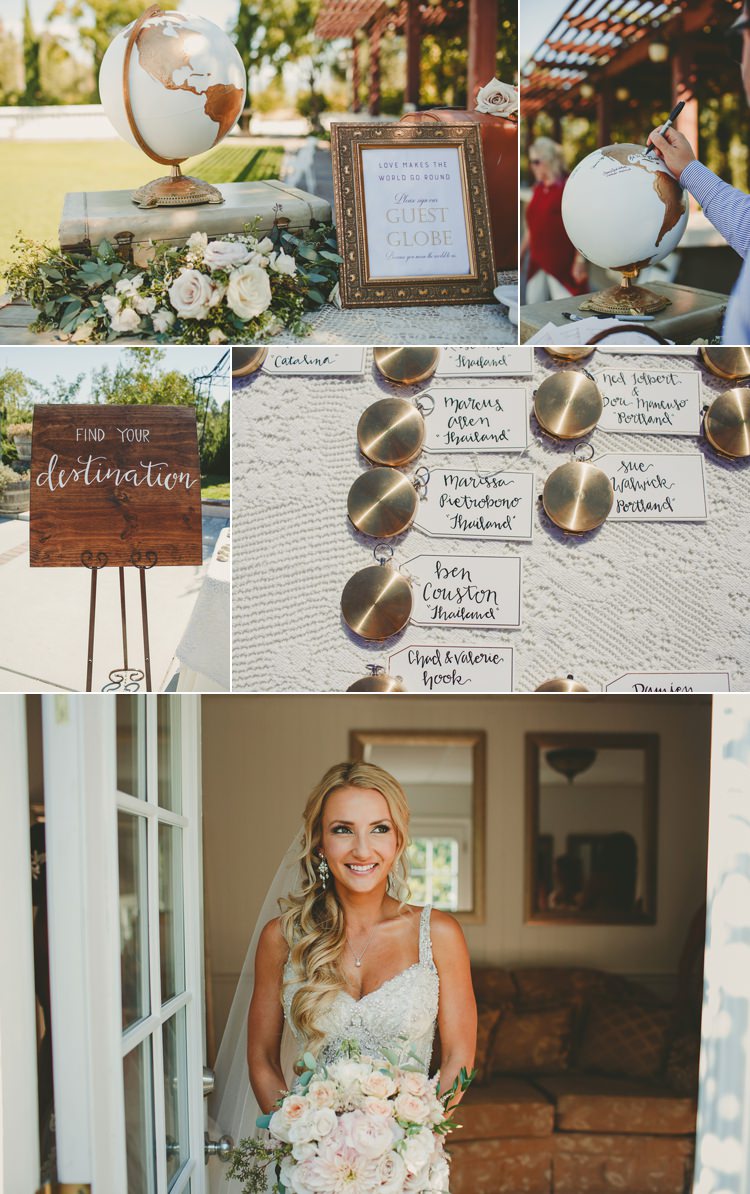 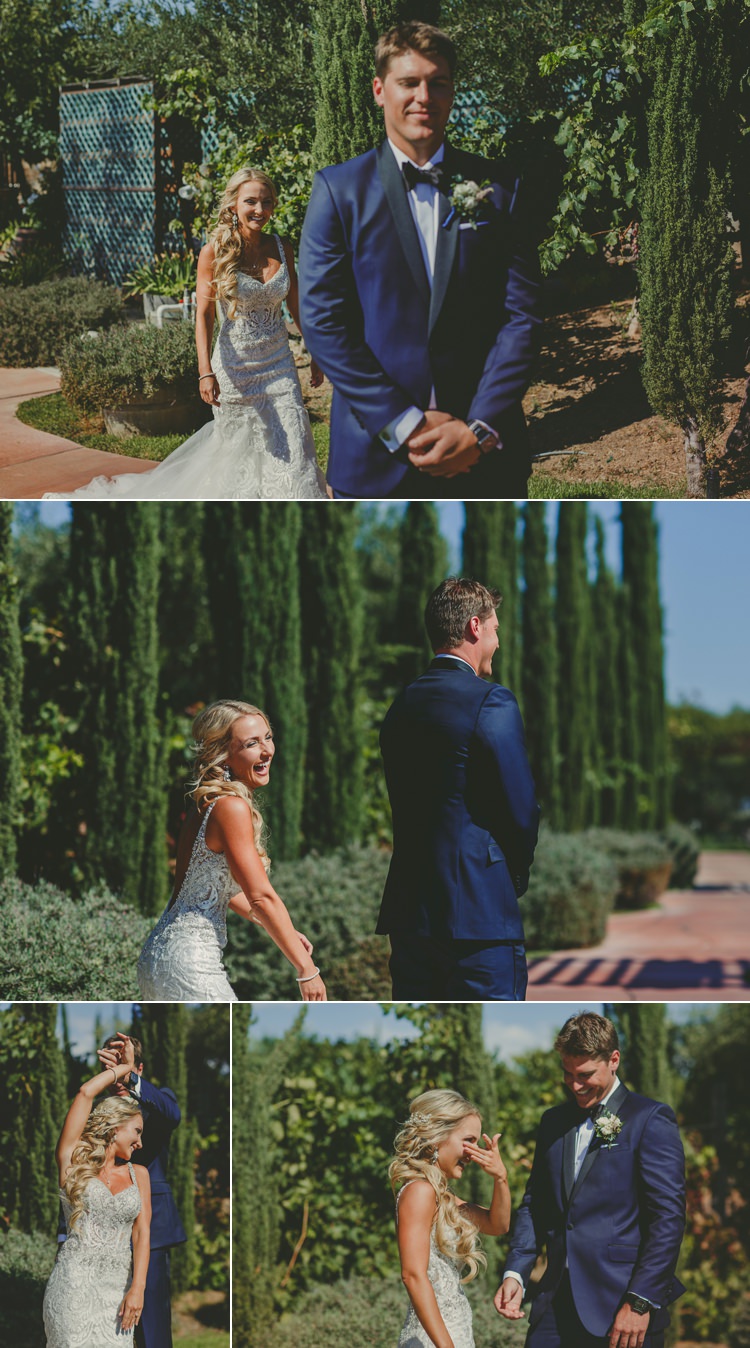 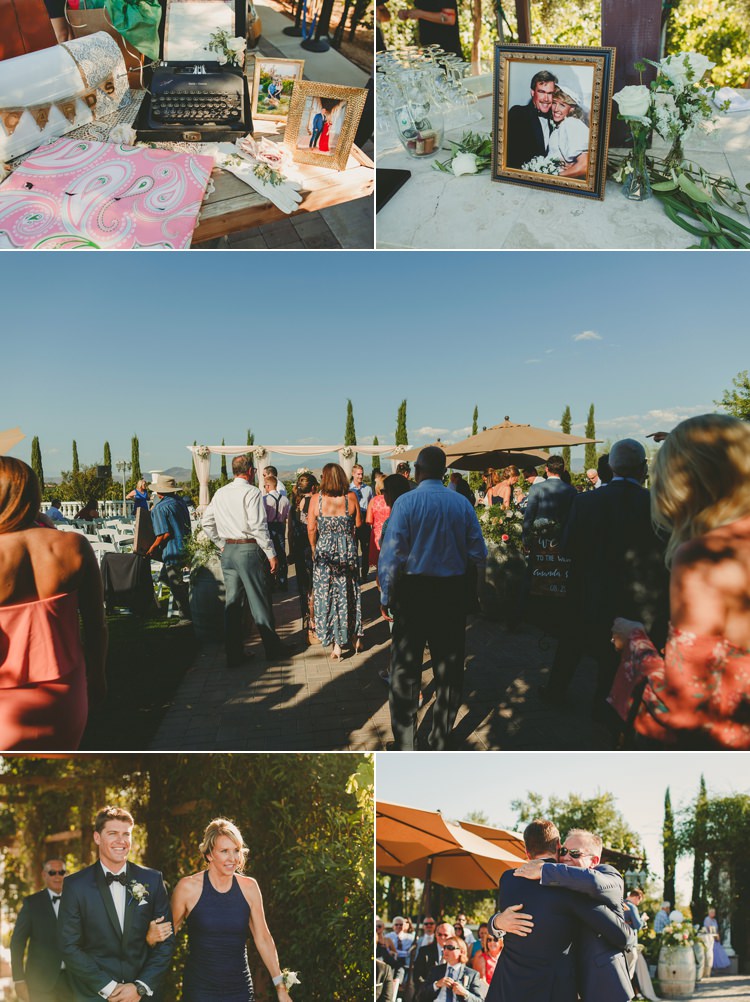 When we left the rental property where the bride and groom were getting ready at to head over to Mount Palomar Winery the limo driving Amanda and all the bridesmaids broke down in the middle of the road. Thankfully, I was driving behind the limo so when it broke down in Temecula wine country Amanda and the Maid of Honor just jumped out of the limo and into my car. The other bridesmaids grabbed an Uber. Once again, a Temecula wedding photographer saved the day! 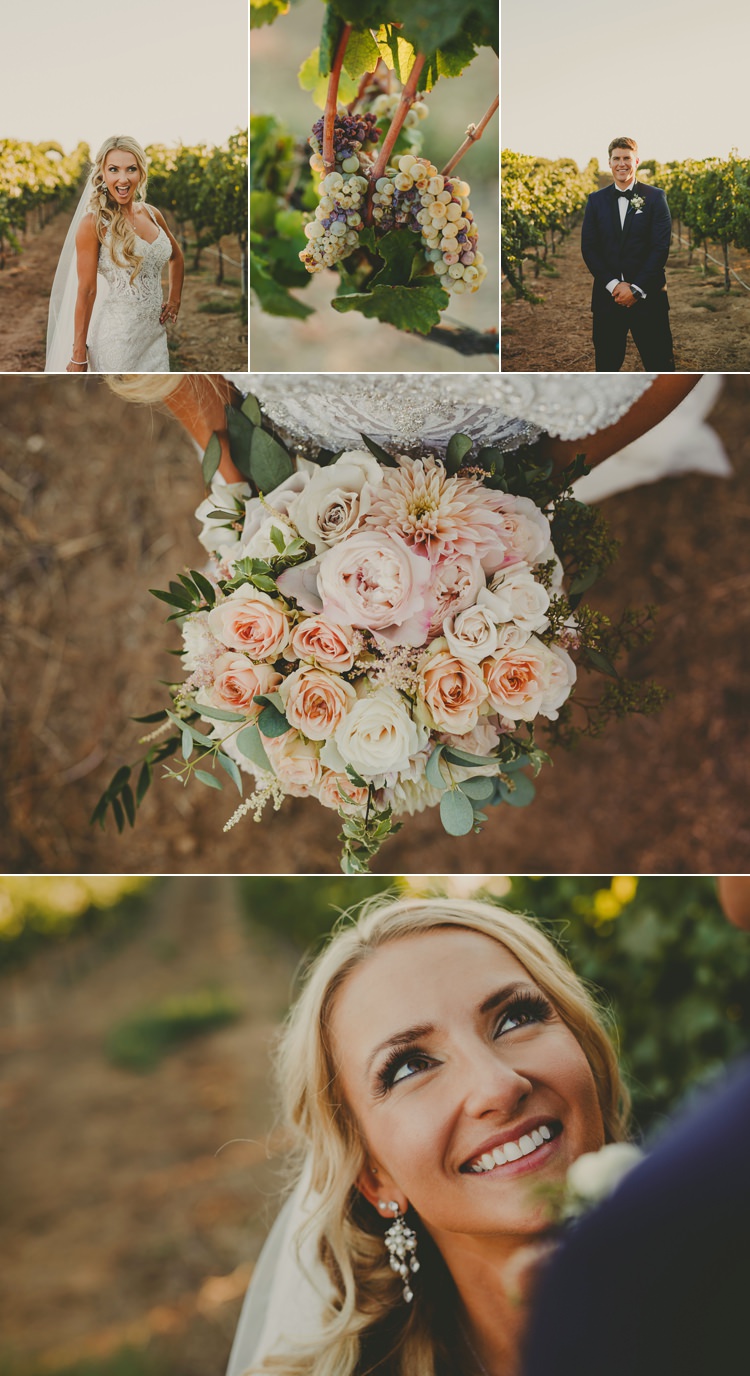 Once again, I want to say another big THANK YOU to Chad and Amanda for allowing me to photograph their awesome wedding at Mount Palomar Winery in Temecula, California. You both have such amazing energy and personalities that it was a total privilege crossing paths with you both! I hope you enjoyed Santorini and drank many Greek beers on the beach! Cheers! 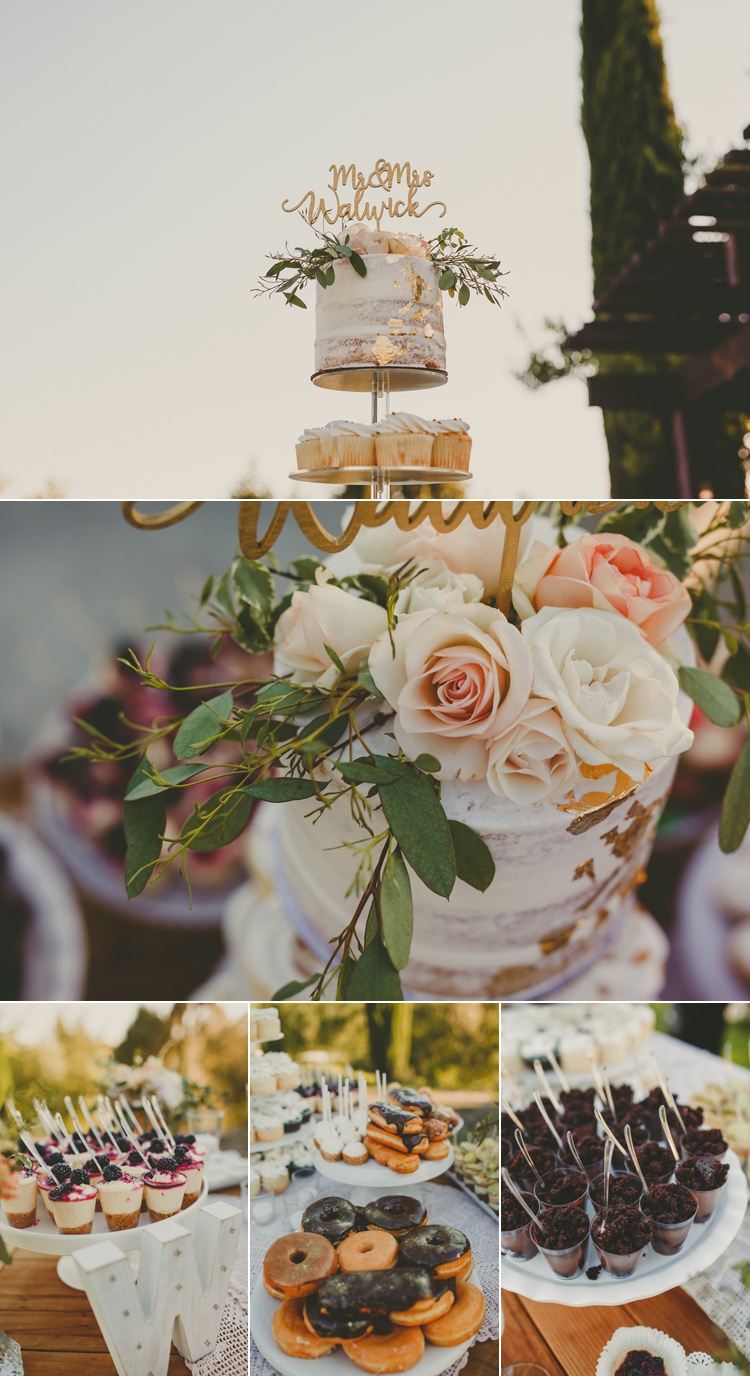 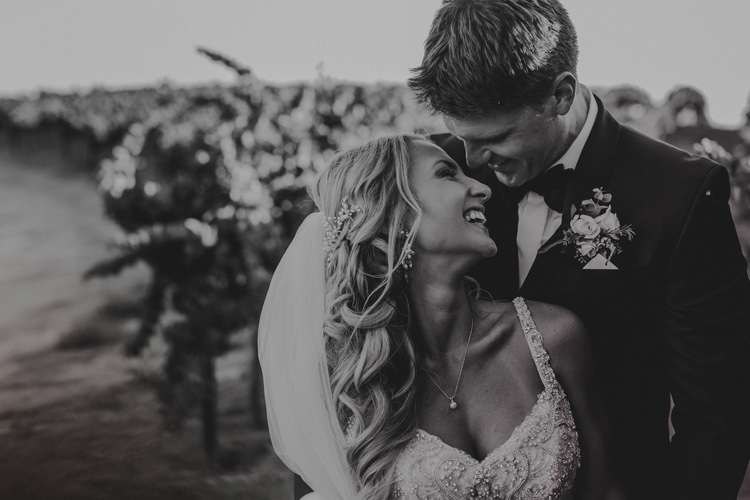