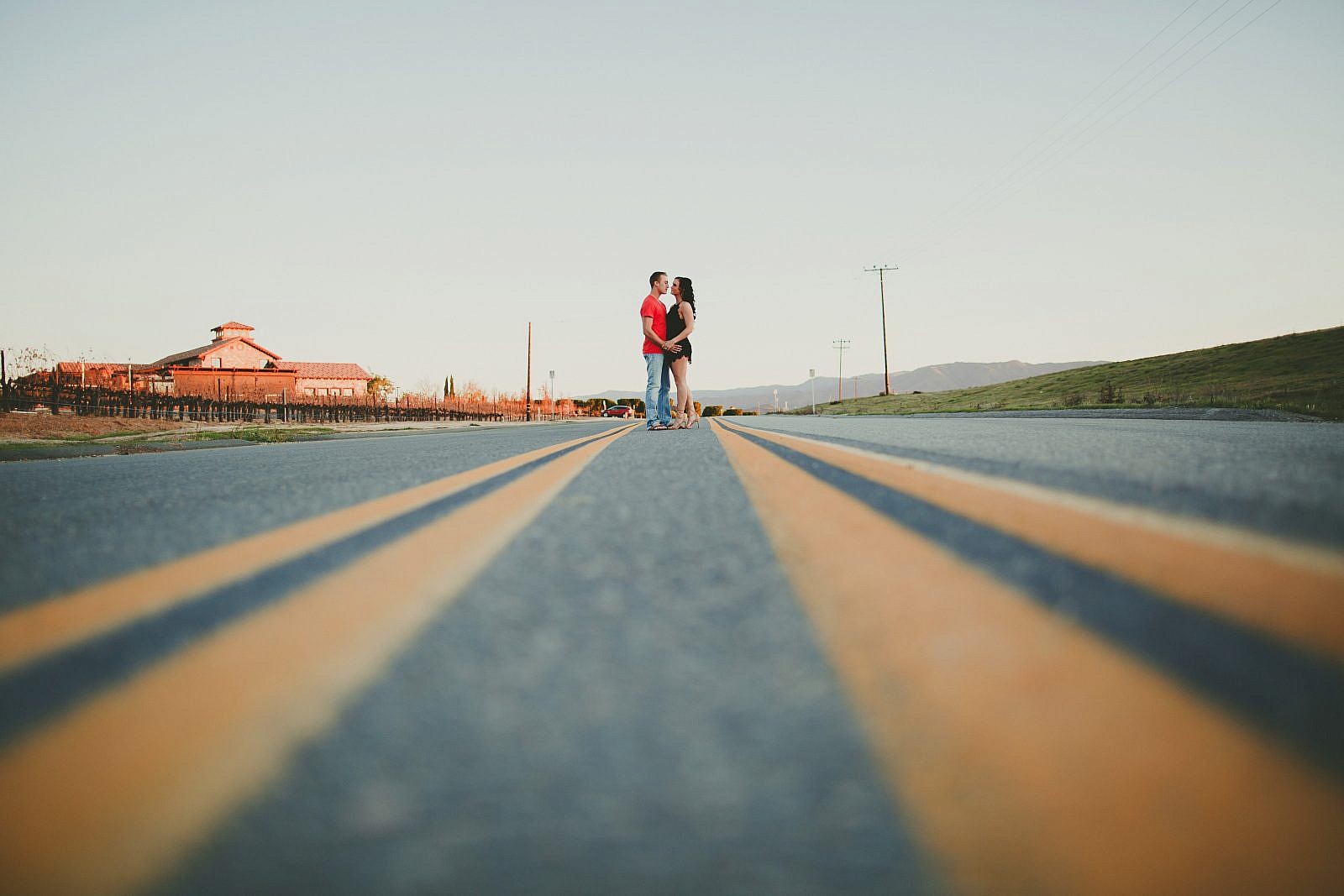 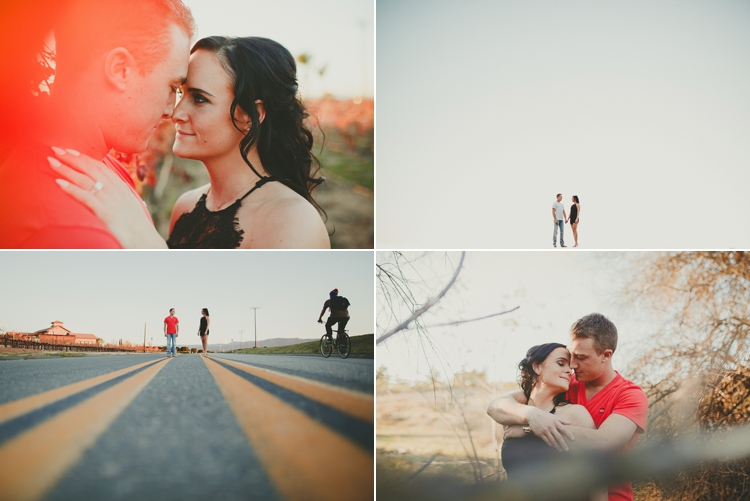 Parker and Kate are from Alberta, Canada so they understand things like cold weather, how far a kilometer is and what Celsius actually means. They also understand that when the weather gets cold up north you follow the birds and head south, and that is exactly what they did this December when they left the wintery wonderland of Canada for the warmer weather of Southern California. These two are huge fans of ridging dirt bikes and since it is pretty hard to ride in the blizzard-like conditions in Canada they came out to my neck of the woods in Temecula, California. The game plan for them was to get in lots of riding time and then knock out some engagement photos in wine country Temecula. So after Parker and Kate got in some morning riding we met up later in the day in wine country Temecula and just started pulling over in random places to snap some photographs. We spent the majority of our time at South Coast Winery which was pretty rad because it was one of the only places we could find that had semi-sexy palm trees, something that was a must for Parker and Kate to have in their engagement photos. But don’t take my word for it check out Parker and Kate’s Temecula engagement photos for yourself below.

Side note: I am so over the holidays this year. We had family come in from Chicago which meant every day was about socializing and drinking, which sounds lovely in theory but I am getting way too old for the marathon boozing sessions. I need sleep, an occasional juice and certainly a sober day every once in a while. Then throw in the week between Christmas and New Year’s Eve and it is just mayhem. I don’t even know what to do with myself. Booze, more booze, less sleep, and more booze. Oh well… time to get my pants on and get ready to party tonight. Cheers! 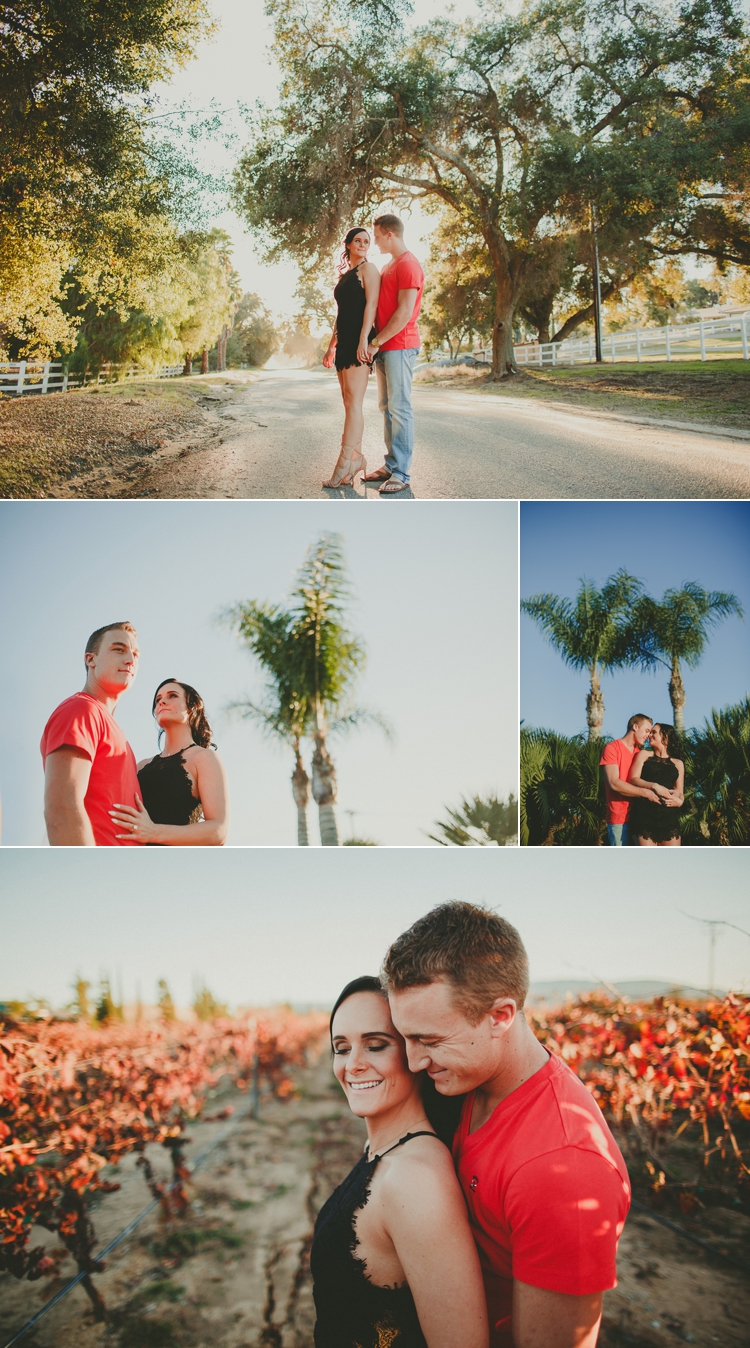 All photographs were captured in Temecula, California in wine country and South Coast Winery by Temecula wedding photographers Rock This Moment.