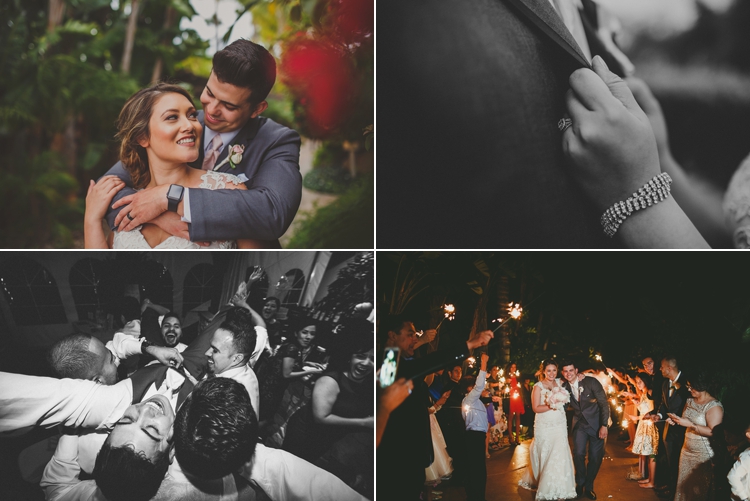 I really don’t understand the  recent trend in wedding photography where it seems the goal of the wedding photographer is to create emotionless, still-life, desaturated, almost depressing wedding photos. I don’t get it and I don’t think I ever will. Weddings are f***ing awesome. They are people having a rad time, drinking beers, taking shots, dancing until you are dripping sweat and screaming in joy into the night sky as the DJ has the tunes pumping. I like capturing photos of people enjoying life and the human experience. I don’t like dip kiss photos by a waterfall or some other water structure, unless it is one of those cool Greek statutes of a ripped dude with a small penis because those are just awesome all the time. But I want to skip the small penis talk and jump into a recent wedding at the Grand Tradition I photographed with Jaime and Gabe. These two kids are smart, driven and totally easy on the eyes which made my job pretty freaking simple. We had a blast during their engagement shoot at Ted Craig Park in Fullerton so I was amped for their May wedding at the Grand Tradition. I knew the day was going to be full of that good energy that is infused with lots of enthusiasm, emotion and booze. And trust me these two and their wedding party didn’t disappoint at all.

The day opened with a traditional Catholic ceremony then transitioned to Grand Tradition for something a little more modern. Weddings are awesome so why not have two in the same day right? Well that’s what Jaime and Gabe did. The highlight of the evening for me was during the garter toss when all the groomsmen and some other fellas grabbed Gabe, picked him up, ran him around the room then out of the wedding reception and then basically ripped off all his clothes, leaving him in his boxers in the groom’s suite. I see a lot of random cool shit at weddings but that was definitely one of the funniest things I had witnessed on the “job”. I could write on and on about the wedding but it would seriously be easier for you to simply scroll down and check out a few of the photos from their wedding yourself. So while you do that I’m going to grab a beer. Cheers to Gabe and Jaime!

All the above wedding photos were captured at Grand Tradition in Fallbrook, California by Temecula wedding photographer Ryan Horban. Also, a quick shout out and THANK YOU to Emi Fuji for second shooting with me!